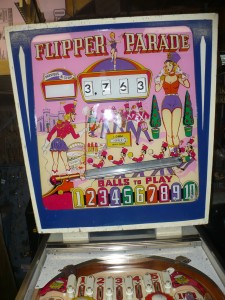 Flipper Parade is a classic 1960’s pinball machine. It features five pop bumpers, numerous targets, and five lanes at the top of the playfield. The game also features two gobble holes, which offer points, but the player loses the ball in play.

As with most of the Gottlieb games from the early to mid 1960’s it features the great, clean artwork of Roy Parker. The back glass depicts a marching band led by majorettes and toy soldiers with a castle in the background. 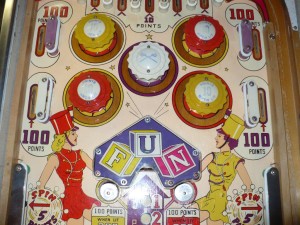 Flipper Parade is an add-a-ball game. Each game starts with five balls, but the players have an opportunity to earn extra balls throughout the game. The back glass illuminates the number of balls to play – up to 10. 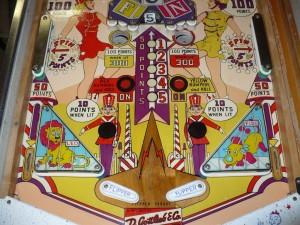 Flipper Parade is a one-player game suitable for all ages. The game has been configured for free play. Please call or e-mail with any questions.